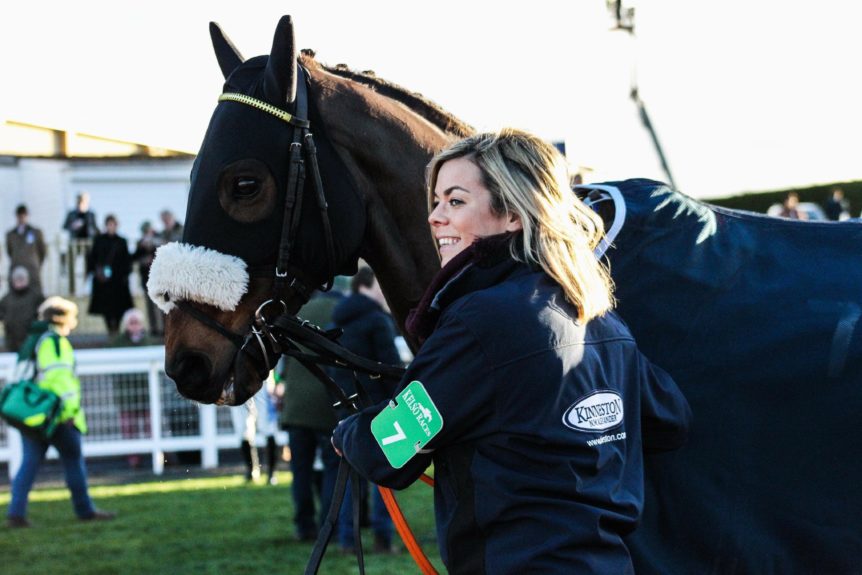 Ask any stable employee why they do their job and without a seconds hesitation they will reel off an exhaustive list of positive reflections but not one will reply that it is to win an award. If an outsider was to spend just five minutes in a racing yard it would be instantly apparent why 10,000 stable employees work full-time caring for 14,000 thoroughbreds day-in-day-out. There is a story behind every racehorse and every racing yard and the people within immerse themselves in this world which has the ability to take them wherever they so desire.

Everyone wants their horse to win, they are a competitive lot, but they work as a team so a solitary, personal win never enters their mind. Rewind some 14 years when the widely acclaimed annual Godolphin Stud and Stable Staff Awards came into existence. The awards were a game changer for stable employees. They recognise and reward the hard work of British horseracing’s stud and stable staff employees. Run by the British Horseracing Authority, generously sponsored by Godolphin and in association with the Racing Post the awards offer more than £120,000 in prize money with the winners and runners-up being revealed during an evening awards ceremony held in February at the Jumeirah Carlton Tower Hotel in London.

Now directly ask any stable employee if they would like to win a Godolphin Stud and Stable Staff Award and whilst their reply will be modest and they’ll instantly acknowledge the team effort which goes into receiving such an accolade they will all retort that it would be an honour and a privilege. Simply take a look at the photographs below and draw your own conclusion as to what it means to each individual.

This year saw a staggering 202 nominations received which the judging panel, chaired by racing journalist and TV presenter Brough Scott alongside ITV Racing’s Alice Plunkett, former jockey Mick Fitzgerald and winner of the 2018 Employee of the Year Jessica McLernon had to whittle down into six categories with each category containing ten candidates; they now have the arduous task of reducing the groups to the final three.

April Clarke who graduated from the NHC Foundation Course in January 2017 (employer: Jedd O’Keeffe, Middleham) and Hannah Crawford who is currently on the Level 2 Diploma in Work Based Racehorse Care programme (employer: Iain Jardine, Dumfries) have been short-listed for the for the David Nicholson Newcomer Award an award which recognises those who have displayed a desire to improve, have progressed their skills and knowledge and become an integral part of the team while employed in the industry for less than five years.

Level 3 Diploma in Work Based Racehorse Care and Management in January 2012 (employer: Nick Alexander, Fife) and Leanne Kershaw who graduated from the NHC Foundation Course in 2001 (employer: Jedd O’Keeffe, Middleham) are nominees in the Leadership Award an award which recognises those managing two or more staff who have displayed leadership qualities amongst their colleagues, a desire to succeed in the industry and strong mentoring skills that have been to the benefit of those around them.

We wish them all the very best of luck in the second stage of judging, from which three finalists per category will be chosen. Watch this space as we showcase April, Hannah, Jessica, Catriona and Leanne’s personal stories over the coming weeks.