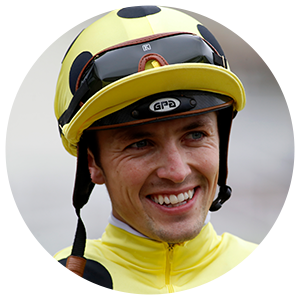 Danish born Kevin Stott is from a horseracing family, his father is a former jockey who rode in races all around the world, and he then went on to train racehorses. Growing up, Kevin wanted to become a footballer, having a trial at Tottenham when he was 15, but his small frame went against him.

After a discussion with his father, Kevin decided he wanted to become a jockey and headed to the UK to train with racehorse trainer Kevin Ryan.

In October 2012, Kevin completed the Level 2 Apprenticeship with the National Horseracing College, which allowed him to undertake his jockey licence course. In 2014 Kevin picked up a spare ride for Bin Suroor and won a valuable apprentice handicap at Newmarket on Winter Thunder. This breakthrough led to him spending the following season with Luca Cuman, soon after he returned back to North Yorkshire to Ryan’s yard.

Completed the Level 2 Apprenticeship at Kevin Ryan’s yard in October 2012.