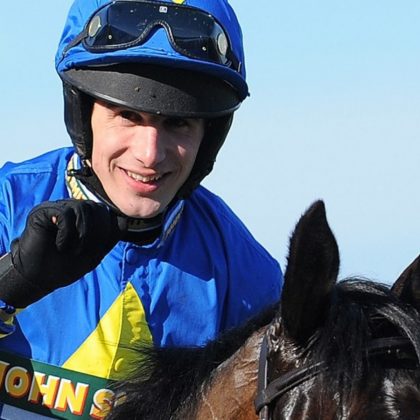 Ryan, born in 1989, is a Scottish-born professional National Hunt jockey, most famous for winning the 2013 Grand National on the Sue Smith-trained Auroras Encore.

He first rode at the age of 3, on a Shetland Pony and went on to ride point-to-pointers from the age of 12. He worked for several trainers until he completed the Level 2 Apprenticeship at the National Horseracing College, going on to gain his jockey licence and having his first ride in August 2007 and achieving his first win in March 2008.

In 2013 Ryan had the most victorious day of his riding career by winning the Grand National on the Sue Smith trained Auroras Encore, a race that all National Hunt jockeys can only dream of winning.

Won the 2013 Grand National with Auroras Encore.
Achieved 289 wins (as of April 2022)
Won the Grade 2 Rendlesham Hurdle at Haydock in 2014 with Seeyouatmignight