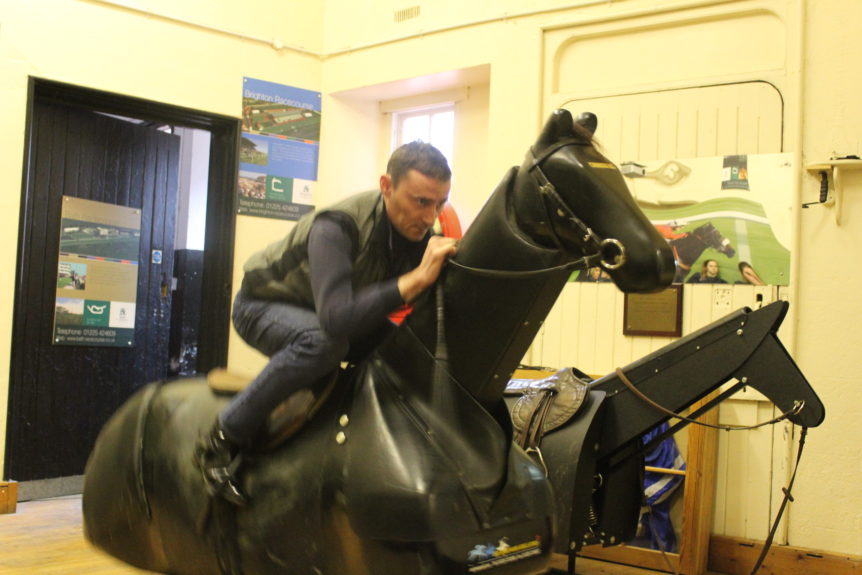 17 years ago Danny Tudhope was a student on the 12-week, residential Foundation Course; fast-forward 17 years and he’s the second-best flat jockey in the UK.

Scottish born Danny rode 133 British winners between 04 May 2019 – 19 October 2019 which saw him crowned the runner-up in the Flat Jockeys Championship 2019. During this period he rode a staggering 636 horses which gave him an impressive 21% winner-to-runner strike-rate.

When Danny arrived at the National Horseracing College in the summer of 2002 he had no experience at all of horses. He isn’t from a horsey family but he was small, he’s not so small now (5’ 7”), so a careers advisor suggested he might want to consider a career in the horseracing industry. Packing his bags Danny came down to Doncaster and never looked back.

The learning curve was steep but Danny was kept motivated by his peers, some who had considerably more horsey experience, and by his own will to succeed.

Meeting Danny during his recent visit to the College proved inspirational for our current Foundation Course learners, many of whom could relate to Danny’s story. Maybe in 17 years time one of the students sat on the bench in this video will be a leading jockey giving a demonstration to the next generation….