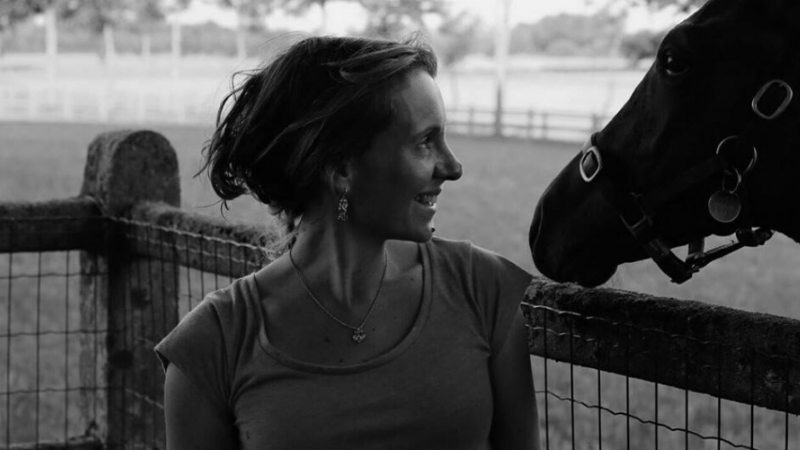 We are thrilled to report former student, Rebecca Green has received the runner-up accolade in the 2019 French Godolphin Stud and Stable Staff Awards.

Nominations were aplenty and the standard impossibly high across all six categories including Rebecca’s category, Haras Staff (Stud Staff).

Sixteen-years-ago Rebecca attended our College Conversion Course, a course designed for those studying an equine-related qualification at Uni or College who were keen to follow a career in the horseracing industry. As well as mastering the art of riding a racehorse on the gallops students also received an insight, through industry visits and guest speakers, into the various career opportunities available in the racing and breeding industry.

Upon graduation (in 2004) with an honours degree in Equine Science from Hartpury College Rebecca enrolled onto The National Stud Diploma Course where her talent once again shone through and she won the highest accolade, the Tim Dunlop Memorial Award, which helped her enormously with her career by affording her the opportunity to travel the world and receive an insight into the breeding industry in different countries. Gaining invaluable work experience in Ireland, America, New Zealand and Australia Rebecca settled 11 years ago in France.

Rebecca works at Haras du Petit Tellier, one of the oldest thoroughbred stud farms in France. Located in the Lower Normandy region the stud stands four stallions including Classic winner, The Grey Gatsby and the evergreen Elvstroem, sire of multiple Stakes winners worldwide.