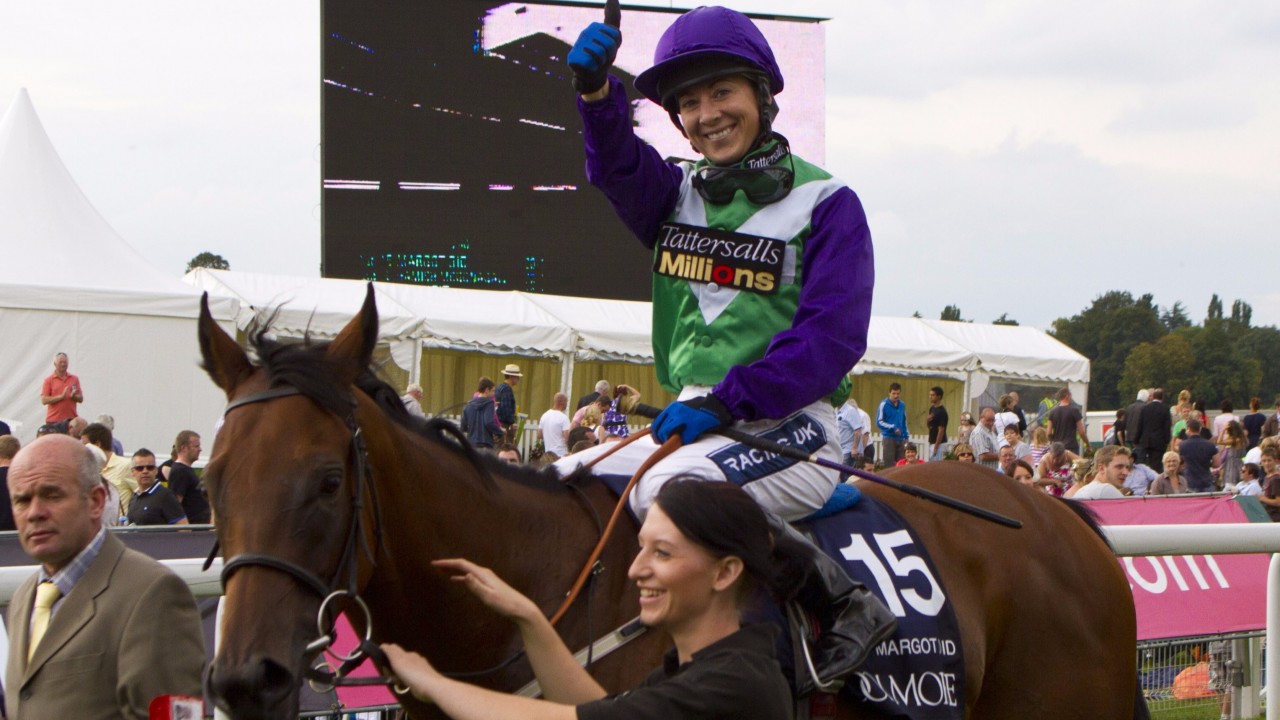 Today (08 March 2022) is International Women’s Day, a day to be inspired and to celebrate the achievements of the women who made, and continue to make, a difference in the world of horseracing. Like most sports, horseracing used to be very much a ‘man’s game’ but thankfully things are changing. Women are now making big inroads, in just about every part of the industry. Here at the National Horseracing College, our Patron is female, 30% of Board members are female, 65% of employees on the Management Team are female, we employ more females than males and we train for the horseracing industry more females than males.

Throughout racing’s history, people with enormously varied backgrounds have contributed to the sport. Racing is the second most attended sport in Great Britain with a 40:60 female-male split amongst racegoers and is built on the unique platform of men and women being able to compete equally.

Here are a few historical facts about women in racing:

Racing is a rare sport where men and women compete together at the highest level. In 2015, a trio of female jockeys beat three all-male sides to win racing’s team riding event, the Shergar Cup at Ascot, for the first time. NHC graduate, Hayley Turner was part of the winning team.

Turner, who graduated from the National Horseracing College in 1999, is widely regarded as the trailblazer. Nottinghamshire-born Hayley has enjoyed plenty of success over the years and be considered the first female in the sport to sustain a professional career as a jockey. In 2005 Hayley was crowned Champion Apprentice Jockey. In 2008 she became the first woman to ride 100 UK Flat winners during a calendar year. Her most notable winners are a Group One win on Dream Ahead in the July Cup at Newmarket in 2011 and a Group One win on Margot Did at the Ebor Meeting at York also in 2011. To-date she has ridden 862 British winners. Read more about Hayley via our Success Stories profiles.

Currently, women outnumber men entering the racing industry at a ratio of nearly 70:30. Of course, not all of these women will become jockeys. There are a variety of career paths in racing, including becoming racing grooms, trainers, secretaries, judges, stud managers, stewards and starters. But for many attending the National Horseracing College, a career as a jockey is the ambition, meaning that numbers are growing.

Hayley graduated from the NHC in 2014 and is employed as Barn Leader at Manor House Stables LLP in Cheshire which involves taking responsibility for the welfare of the horses in her yard and leading the staff who care for and ride the horses.

Winner of the Rider/Groom category in the Godolphin Stud and Stable Staff Awards 2020. They recognise and celebrate the unwavering dedication, hard work and passion that stud and stable staff offer the horses in their care day-in-day-out. They also recognise and celebrate the support and mentorship offered by stud and stable staff to their colleagues and to those entering the racing industry.

Gemma wh graduated from NHC in 1998, has worked for Middleham trainer Micky Hammond since graduating.

Gemma was given the highest accolade available to stable staff when she was named Employee of the Year at the annual Godolphin Stud and Stable Awards 2016 and received her trophy and cash prize from Sir Anthony McCoy. Described by her boss as “the backbone of Micky Hammond Racing”, Gemma completed her Level 2 Apprenticeship in 2000 and four years later attained her Level 3 Diploma in Racehorse Care & Management, before becoming Hammond’s assistant trainer.

Looking back on her start in racing, she says: “I always wanted to work with animals but I didn’t know it was with horses until I first went to the NHC and then immediately I knew that was what I wanted to do. There are so many great days in racing. Getting up every day and doing something you love. It’s amazing.”

Gemma added another string to her bow – as a writer. Her autobiography, Stable Lass, was published on 5 April 2018 – an excellent read.

Rebecca was involved in racing since her early teens. In racing, Rebecca started her career as a stable lass, then racing secretary, then a travelling head lass, and then assistant trainer for Grade 1 and Cheltenham Festival winning trainer Ferdy Murphy; it has been through drive and sheer determination that she now presides over her own impressive training establishment.

She completed her level 3 qualification at the National Horseracing College whilst working for national hunt trainer Ferdy Murphy at Wynbury Racing stables.

In Recent times, Rebecca has established her own yard and successful business at Howe Hill Stables in County Durham. Formerly the home of hugely popular and successful dual purpose northern handler John Wade and boasting 70 boxes, it’s also home to state-of-the-art facilities that have enabled Rebecca and her ambitious team to push the operation on to the next level.